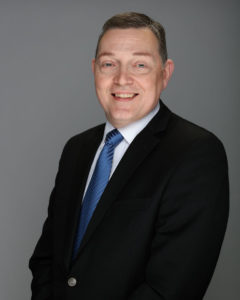 Dr. Rapundalo, has broad experience in the life sciences, with an extensive background in pharmaceutical research and development. Prior to joining MichBio in April 2006, he spent almost 20 years as a senior research scientist, project manager, and group leader with Parke-Davis Pharmaceutical Research and then Pfizer, Inc., primarily in the area of cardiovascular drug discovery.

Dr. Rapundalo also led a global interdisciplinary team that developed a strategic, operational and organizational change management program to improve Pfizer's worldwide R&D business processes. He has a strong background in innovation and is an internationally recognized expert in a number of technology areas including high-throughput screening and proteomics, among others.

Dr. Rapundalo has a superb record of scientific achievement with over 50 publications, book chapters, and monographs. He has served as a peer-reviewer for a variety of prominent scientific journals and national funding agencies. In addition, he continues to be active in a broad range of industry and governmental initiatives including intellectual property commercialization, talent recruitment and retention, science education and economic development.

Dr. Rapundalo has been a community advocate and civic leader for almost 20 years and formerly served as an elected member of the City Council in Ann Arbor, Michigan.

Hailing from Kentucky's premier independent hemp testing and research laboratory, KCA Laboratories, Richard Sams, PhD will give an overview of the latest scientific developments in cannabis analysis since the emergence of Δ8 and how these are translating to changes in testing applications. 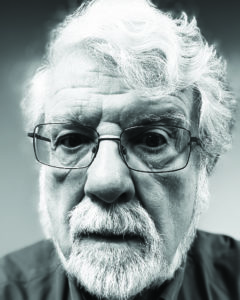 Dr. Richard Sams earned a Bachelor of Science in pharmacy and a Doctor of Philosophy degree in pharmaceutics from The Ohio State University. After working as a research scientist in the analytical methods group at Ciba-Geigy Pharmaceuticals, he joined the faculty in the Colleges of Veterinary Medicine and Pharmacy at OSU where he specialized in teaching and research in veterinary pharmacology. Furthermore, he directed the testing and research programs of the Analytical Toxicology Laboratory, the official testing laboratory of the Ohio State Racing Commission.

From 2006-2010, he served as a professor in the College of Veterinary Medicine at the University of Florida where he was responsible for teaching veterinary clinical pharmacology and directing the Florida Racing Laboratory, the official testing laboratory of the Florida Department of Business Regulation Division of Racing.

In 2010, he was appointed director of the HFL Sport Science Laboratory in Lexington, Kentucky. This laboratory was the official testing laboratory for the Kentucky Horse Racing Commission as well as numerous other racing regulatory bodies in the US. In 2012 he was appointed the scientific director of the LGC Sport Science Laboratories in Lexington and served in that capacity until mid-2018.

Since 2019, he has been the scientific director of KCA Laboratories, a cannabis testing and research laboratory, in Nicholasville, Kentucky. He is committed to the application of scientific analytical principles to the determination of substances in Cannabis and products made from it.

Dr. Sams is a member of the editorial advisory board of Cannabis Science and Technology and frequently is asked to review manuscripts submitted for consideration for publication in various scientific journals.

Author of more than 140 peer-reviewed scientific studies primarily involved with analytical method development and pharmacokinetic studies, he often is asked to consult on matters relating to the analysis of cannabis and the disposition of drugs and other substances in animals.

An “on-the-ground” compliance lab view of sample analysis and the practical challenges faced by the testing community.

Lev Spivak-Birndorf, PhD, has nearly two decades of experience in research and analytical chemistry. In his role as Chief Science Officer at PSI Labs, which he co-founded in 2015, Lev oversees the development and execution of all laboratory testing methods and sets the organization’s scientific priorities. As part of this role, he leverages extensive experience with analytical instruments to uncover both naturally occurring compounds and undesirable adulterants in medical and recreational cannabis, helping advance consumer safety and testing excellence in the cannabis industry.

The growth of cannabis standards and regulations has put the onus on manufacturers to develop high-quality and reliable reagents – hear the latest. 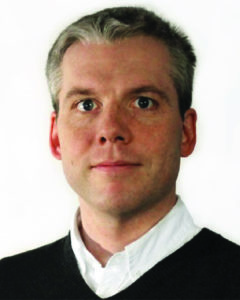 Jeffrey Williams is Manager of the Phytocannabinoid R&D Department at Cayman Chemical and has been an integral part of the company’s Forensic Chemistry Division over the past 6 years. Jeffrey received his MS in Synthetic Organic Chemistry from the University of Michigan in 2003 and joined Cayman Chemical in the same year. Jeffrey’s research group at Cayman is responsible for the synthesis of phytocannabinoid standards used in cannabis testing and metabolites for toxicological analysis.

A discussion on applications, methods and instrumentation used in cannabis testing, along with perspectives on new trends and advancements. 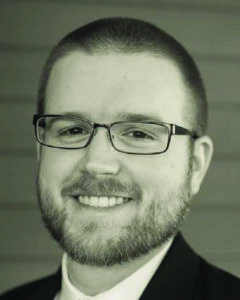 Dr. Weston Umstead is the Technology and Business Development Manager for Daicel Chiral Technologies in West Chester, PA. Weston received his Ph.D. from the University of Denver in 2016 with a focus on photo-organic chemistry. Weston joined Daicel later that year working on a PCR cleanup product called RapidTips. Weston transitioned into a Technology Manager role in 2019, heading the group responsible for all analytical and preparative chiral method development activities. In 2020 Weston also added the Business Development role where he is now also in charge of all in-house and out-sourced custom separation services projects. Mixed in with these others roles has been a focus on outreach and collaboration with folks in academia and industry to develop and promote the usefulness of chiral separations.

A discussion on how innovation is the key to success of the cannabis industry, the critical role of science, and the need to interconnect it to regulation, accreditation, and policy. 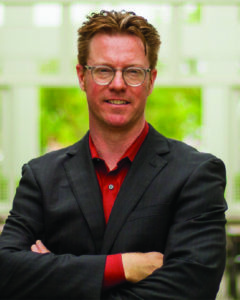 A group discussion of issues related to cannabis testing, applications, standards, regulation and compliance, and how the cannabis science space is evolving and what analytical labs and services must do to keep up.

Panelist bios are above in their respective sessions.

Michigan has a comprehensive and complex set of laws regulating all facets of the cannabis industry with new legal developments arising regularly. A legal perspective will provide insight on current laws and noteworthy changes, and identify issues faced by testing labs and regulatory bodies as they grapple with new science and standards. 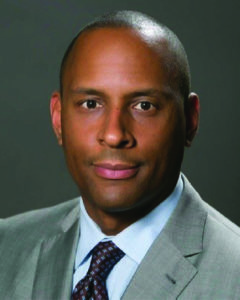 Barton Morris is the principal attorney and founder of the Cannabis Legal Group, specializing in all marijuana related legal issues including criminal defense, business law, licensing, consulting, land use and real property. Barton is well known as one of the top cannabis law lawyers in Michigan having developed this expertise since 2008 with the enactment of the Michigan Medical Marijuana Act. He is a council member of the Marijuana Law Section of the Michigan Bar Association and chair of its science committee.

One of the ways Barton has developed his marijuana law specialty is through the training he received becoming the only attorney in Michigan certified by the American Chemical Society as a Forensic Lawyer-Scientist maintaining a focus on marijuana related science. He is also a graduate of the prestigious Gerry Spence Trial Lawyer’s College and sits on its Alumni Board of Directors.

Barton maintains board positions with the DUI Defense Lawyers Association and the Michigan Association of OWI attorneys. He also is on the faculty of both of those organizations regularly providing presentations and teaching lawyers from all over the country.

Barton has been recognized professionally with several awards including being rated 10/10 by AVVO, and a Super Lawyer Magazine outstanding attorney in 2014, 2015, 2016 and 2017. Dbusiness Magazine also named Barton Morris a Top Attorney in Metro Detroit in 2012 and 2013 and named the Cannabis Legal Group the “Face of Cannabis Law” for 2016 and 2017.

On behalf of the State Bar of Michigan Marijuana Law Section he has presented public policy section positions before the Michigan legislature. He has also written journal articles in the Marijuana Law Section Journal. Attorney Morris has also enjoyed a very successful and distinguished career as a criminal defense trial lawyer and cannabis business specialist.

1:30 - 2:00 PM: State Regulation of Testing of Cannabis and Cannabis-Derived Products

Hear about the current regulatory expectations in Michigan surrounding the testing of cannabis and related products, as well as insights on how the field is developing and what that may mean for testing services and compliance laboratories.

Michigan’s cannabis industry has grown rapidly, and with it the laws and administrative rules that govern it. What is the current status of governance and its interplay with Michigan’s regulatory framework, and what does the future hold from a legislative and policy perspective? 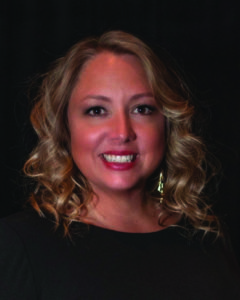 Robin Schneider has more than 10 years’ experience advocating on cannabis issues. She is the former executive director of the National Patient Rights Association where she helped medical marijuana patients advocate for state laws that ensure safe access to medicine. Most recently, Robin served as the finance director for the Coalition to Regulate Marijuana Like Alcohol, the organization that led the 2018 Proposal 1 campaign to legalize adult use cannabis for Michigan adults 21 years and older. 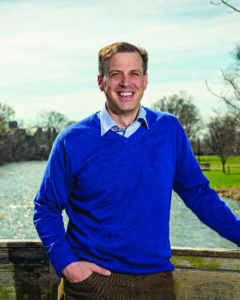 Sen. Jeff Irwin was born in Petoskey, MI, raised in Sault Ste. Marie and made Washtenaw County his home.

While earning his degree in political science at the University of Michigan, Irwin worked for the Michigan League of Conservation Voters and as a legislative aide to former-State Senator Alma Wheeler-Smith. He proudly served on the Washtenaw County Board of Commissioners from 1999 to 2010, where he was instrumental in instituting a living wage policy, extending health insurance for uninsured workers and protecting our natural resources.

Then, from 2011 to 2017 , Irwin represented the City of Ann Arbor in the Michigan House of Representatives. He helped pass Michigan’s Medicaid expansion and led the charge to protect drinking water from high levels of toxic, dangerous chemicals, including 1,4-dioxane. Irwin also introduced and supported legislation that supported better funding for education, protected our environment from polluters and created jobs.

As a state senator, Irwin has introduced legislation tightening regulations against polluters, ensuring our schools are properly screening students for dyslexia and getting them the help they need, allowing more juvenile offenders to seal their records, expunging all cannabis-related offenses, banning PFAS in food packaging and dramatically expanding the Earned Income Tax Credit.

He lives in Ann Arbor with his wife, Kathryn, and their two children, Sylvia and Mackinac.

Moderated by Stephen Rapundalo, PhD, MichBio, President and CEO. Dr. Rapundalo's bio is above with the Welcome. 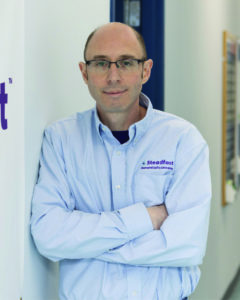 Avi founded Steadfast in 2015.  As CEO, he provides vision and oversees all operations. Avi is driven to make an important difference by leveraging more than 20 years of experience as a high-tech entrepreneur and business developer. He successfully built, co-managed, and monetized a portfolio of high-tech, alternative-energy ventures including cathode materials manufacturing, battery technology licensing, and ventures in fuel cells, hydrogen storage devices, and hydrogen production. Avi developed and managed a pioneering cathode materials manufacturing business and contributed to the development of a new battery-materials business for a world-class chemical company. He also established and operated world-class research and analytical laboratories and production sites and served as the financial controller for divisions of global public companies. His important and enabling inventions are licensed throughout the world. 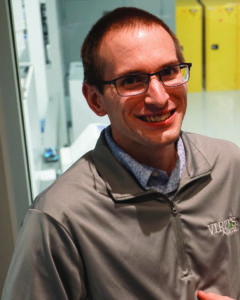 Michael LaFramboise is the Laboratory Director for the Safety Compliance Facility, Viridis North. As Laboratory Director, Michael ensures that high-quality data is produced in a scientifically responsible manner and holds the Viridis North staff to those same standards. Michael has worked in analytical sciences for over 16 years starting from an early age when he started at his father’s analytical laboratory, Auburn Analytical Labs Inc.

Michael has also dedicated work to public health and risk assessment when he was an Associate Toxicologist for NSF International. He has completed trainings in Dose-Response Assessment and in Agilent GC/MSD Care as part of continuous education. Michael holds a B.S. in Biochemistry from Central Michigan University and a M.P.H. in Toxicology from the University of Michigan.

Discussion on challenges of issues that should be priorities for compliance labs. Continuing discussion on any topics brought up earlier in the event.

Summary of roundtable sessions, key themes, concerns and questions. Outline of next steps to be taken to keep the momentum going.