Most Americans don’t know his name. Before the announcement that his company had come up with a vaccine for COVID-19 that was 95 percent effective and was primed to manufacture millions of doses, fewer still knew much about the company he led—Pfizer—other than this: They didn’t like it. Or the industry in which he spent his life working. 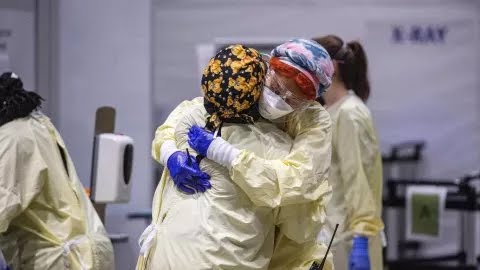 Indeed, by 2019 Americans had come to despise Big Pharma so profoundly, they ranked his industry dead last in a Gallup poll of 25 different sectors. Even the federal government was more popular.

Some of that has been the work of bad actors in his industry. The Sandler family comes to mind, the folks behind the pharmaceutical company (Purdue) that unscrupulously drove the opioid epidemic in this country. Martin Shkreli, the man known as the “Pharma Bro,” also comes to mind. He bought rights to an old, off-patent drug and raised its price 5,000 percent.

Even President Donald Trump condemned the industry just two years ago, calling for sweeping reform on the drug pricing front. Not to mention consumers unhappy with the rise in out-of-pocket expenses for drugs. And a media class that refuses to tell the more complicated story of the rising cost of bringing drugs to market in the 21st century.

Everyone, it seemed, loved to hate Big Pharma. Until they didn’t. As America, and the world, began to learn of the deadly impact of COVID in human and economic terms and the limits of lockdowns, social distancing and masks, all eyes turned to one group to save us: Big Pharma.

“A vaccine is the only real hope for beating the coronavirus, and only the pharmaceutical industry has the human capital and physical infrastructure to create one,” Bradley Tusk wrote last year in Fast Company magazine. “The difference between waiting four months and four years for a vaccine could be millions of lives and trillions of dollars.”

The life story of Pfizer‘s CEO, Albert Bourla, epitomizes the achievements of the nearly 900,000 hardworking Americans employed in our nation’s pharmaceutical industry. They’re overwhelmingly good people dedicated to making the world a healthier place, providing doctors with medicine that can heal patients and extend their lives. And save them.

Bourla’s rise at Pfizer began in a northern port city on the Aegean called Thessaloniki, the second largest city in Greece. He wasn’t a child of wealth: His father co-owned a liquor store with his uncle. Bourla’s family was also a part of a small Jewish minority, one that survived the German occupation as well as the Holocaust.

An early fascination with science and animals animated Bourla’s desire to become a veterinarian. He joined Pfizer’s animal health division in its Greece office in 1993. In the ensuing decades, he moved his family to eight cities.

“By 2014, Bourla was an executive at Pfizer’s New York headquarters, running their vaccine and cancer divisions,” Forbes wrote last year. “His group meetings were boisterous, echoing through the otherwise largely silent corridors. He forced company units to express their metrics in terms of how many patients they were helping, not merely in terms of dollars and cents.”

By January 2019, Bourla was CEO, and a year or so later he faced the biggest challenge of his career. And a health crisis America hadn’t experienced since the outbreak of the Spanish influenza a century earlier.

By mid-March, he understood the gravity of the problem. “Bourla beamed into a WebEx video call with the leaders of the American pharmaceutical giant’s vaccine research and manufacturing groups,” Forbes wrote. “The two teams had worked late into the night on a robust development plan for Pfizer’s experimental Covid-19 vaccine and told Bourla that they aimed to make it available lightning-fast. It could be ready sometime in 2021.”

Bourla wasn’t happy. “Not good enough,” he said. “The faces of the researchers tensed up, and conscious of the Herculean effort that had taken place, Bourla made sure to thank them. But he also kept pushing.”

He urged the team to think differently about everything. “Think you have an open checkbook, that you don’t need to worry about such things,” he told them. “Think you need to build manufacturing of a vaccine before you know what’s working. If it doesn’t, let me worry about it, and we will write it off and throw it out.”

Pfizer’s chief scientific officer, Mikael Dolsten, was impressed by Bourla’s appeals. “He challenged the team to aim for a moon shot–like goal—to have millions of doses of vaccine in the hands of vulnerable populations before the end of the year,” he said.

“Being the CEO of a pharma company that can make a difference or not in a crisis like this is a very heavy weight,” Bourla told Forbes. “Even the way my daughter or son ask me, ‘Do you have something or not?’ Every person who knows me does the same. You feel if you get it right, you can save the world. And if you don’t get it right, you will not.”

Bourla had world-class scientific talent on the task, including Uğur Şahin, the renowned immunologist who founded the German biotechnology company BioNTech, and Kathrin Jansen, who runs all vaccine research and development for Pfizer. He also tasked leaders at four manufacturing plants to come up with a plan to make 20 million vaccine doses by the end of the year, and hundreds of millions in 2021.

In addition, he announced that Pfizer would spend $1 billion in 2020 to get the job done. “This is not business as usual,” Bourla told Forbes last spring. “Financial returns should not drive any decisions.”

What happened next surprised optimists and baffled skeptics. In early May, Pfizer gave doses of an experimental vaccine to volunteers in Baltimore. Results were more than promising. Bourla told a journalist the following day that it generally takes years to accomplish what Pfizer pulled off in weeks. “How fast we moved is not something you could expect from the big, powerful pharma,” he said. “This is speed that you would envy in an entrepreneurial, founder-based biotech.”

In short, Pfizer was doing what the private sector does best: thrive under pressure and respond to market demands as no government agency can.

“[Bourla] laid out early why it was so important to put up the enormous resources of Pfizer without an eye toward the business bottom line,” Dr. Scott Gottlieb, former head of the Food and Drug Administration (FDA) and a director at Pfizer, told Forbes. “Coming up with a vaccine could change the course of human history.”

History is being changed thanks to Pfizer, along with Johnson & Johnson and Moderna. Their work has not just given the world hope of a return to normal life but will save millions of lives. And lots of precious capital.

Two economics professors, Eric Budish of the University of Chicago and Dartmouth College’s Christopher Snyder, recently published a paper in the journal Science quantifying the monetary value of COVID-19 vaccines. “The value of 3 billion courses of annual vaccine capacity — enough to vaccinate rich countries by the end of 2021 and the world by the end of 2022 — is $17.4 trillion,” they noted in a recent Wall Street Journal column.

This life-changing effort by Big Pharma is not their first. “Americans can look to innovators like the late Maurice Hilleman, a Merck researcher who developed eight of the 14 most common children’s vaccines, including the immunizations for chickenpox and measles,” wrote Sandip Shah, founder and president of Market Access Solutions. “Researchers like him have collectively saved and improved tens of millions of lives.”

In 2017, American drug companies poured $97 billion into research and development, and their scientists are currently developing 4,500 experimental drugs—more than half of all medicines in development worldwide, Shah added.

“Cancer death rates have declined close to 30% since the 1990s, and researchers credit nearly three-quarters of these survival gains to groundbreaking new drugs,” Shah continued. But he wasn’t finished. “Let’s not forget that biopharmaceutical research revolutionized the treatment of HIV/AIDS. Just 30 years ago, a diagnosis was a death sentence. In the mid-1990s, scientists developed highly active antiretroviral therapies, which caused HIV/AIDS death rates to plummet 88%, and have averted close to 1 million premature deaths in the United States alone.”

What can we learn going forward thanks to the recent work of Big Pharma? In the months to come, there should be a discussion about why COVID-19 vaccines got the FDA fast-track treatment while other potentially lifesaving drugs don’t. The answer might save lives. And money.

The approval process for bringing a new drug to market has escalated over the past decades—in costs and time. “Developing a new treatment is more expensive than ever,” Gottlieb noted when he was leading the FDA. “It increased 145% between 2003 and 2013, to an inflation-adjusted $2.8 billion.”

“I don’t know if I was ever prepared for something like this,” Bourla told Forbes. “But you feel that you need to suck it up and rise to the occasion, because that’s what you have to do.”

America—and the world—is still not fully out of the woods with COVID. But we’re lucky to have among us Bourla and the men and women who work in America’s pharmaceutical companies, so many of whom rose to the occasion this past year.

Imagine what life today would be like without them.